Insolation during the 2017 Eclipse

Visualizations by Ernie Wright Released on May 23, 2016
Download Options
Insolation (the amount of sunlight reaching the ground) is affected dramatically by the Moon's shadow during the August 21, 2017 total solar eclipse.

Download Options
The color key for the insolation map.
Download Options
A map-like view of the Earth shows insolation (sunlight intensity) over land during the August 21, 2017 total solar eclipse. This equirectangular projection is suitable for spherical displays and for spherical mapping in 3D animation software.
Download Options
The obscuration dataset used to calculate insolation. Obscuration, the fraction of the Sun's area covered by the Moon, is calculated at 10-second intervals from 16:25:40 to 20:25:30 UTC at a resolution of 360/8192 degrees per pixel (roughly 3.75 × 4.9 km at 40°N). The maps are global equirectangular projections centered on (0°, 0°), with white = 100% obscuration and black = 0%. The sharp borders are the terminator (the day-night line). The complete dataset can be downloaded as a single .zip file (196 MB). 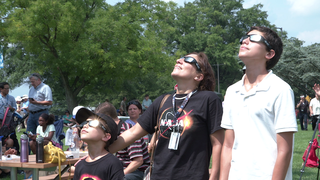 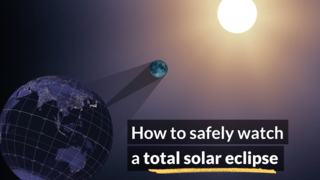 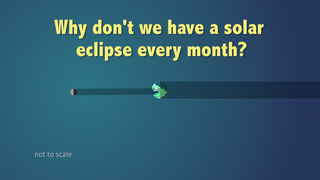 What determines when we have an eclipse? 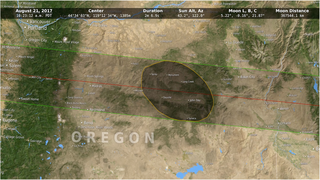 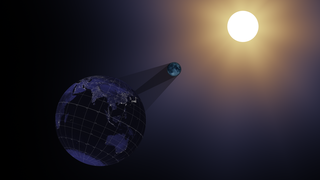 This item is part of these series:
2017 Solar Eclipse
Science On a Sphere

What determines when we have an eclipse?