Visualizations by Alex Kekesi Released on September 17, 2021
Download Options
This data visualization depicts Hurricane Nicholas on September 14, 2021 several hours after making landfall along the Northern Gulf coast. Although Nicholas was not a powerful or long-lived hurricane, it did bring several inches of rain to a region that had recently been hit by powerful Hurricane Ida two weeks prior. 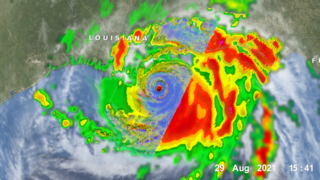 9/13/2021 10:41Z - 9/14/2021 11:11Z
Advanced Baseline Imager (ABI) has 16 spectral bands, including two visible channels, four near-infrared channels and ten infrared channels. It is nearly identical to the imagers on Himawari 8 and Himawari 9.
view all stories where this data set is used
Note: While we identify the data sets used in these visualizations, we do not store any further details nor the data sets themselves on our site.

This item is part of these series:
Hurricanes
GPM Animations 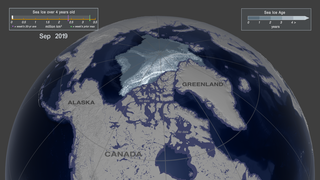