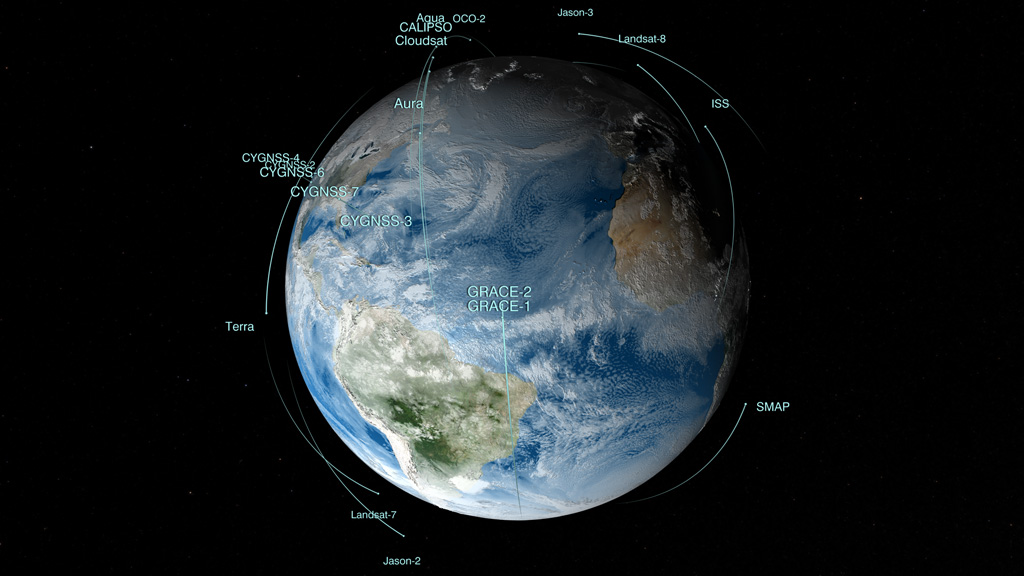 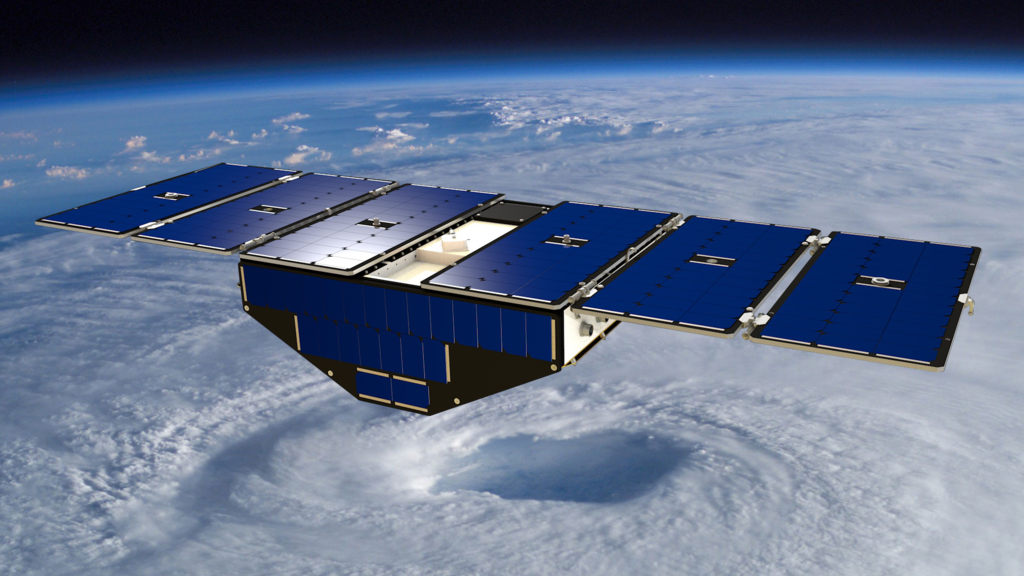 Download Options
The CYGNSS constellation, launched in 2016, is made up of eight microwave-sized satellites that monitor ocean wind speeds and hurricanes. 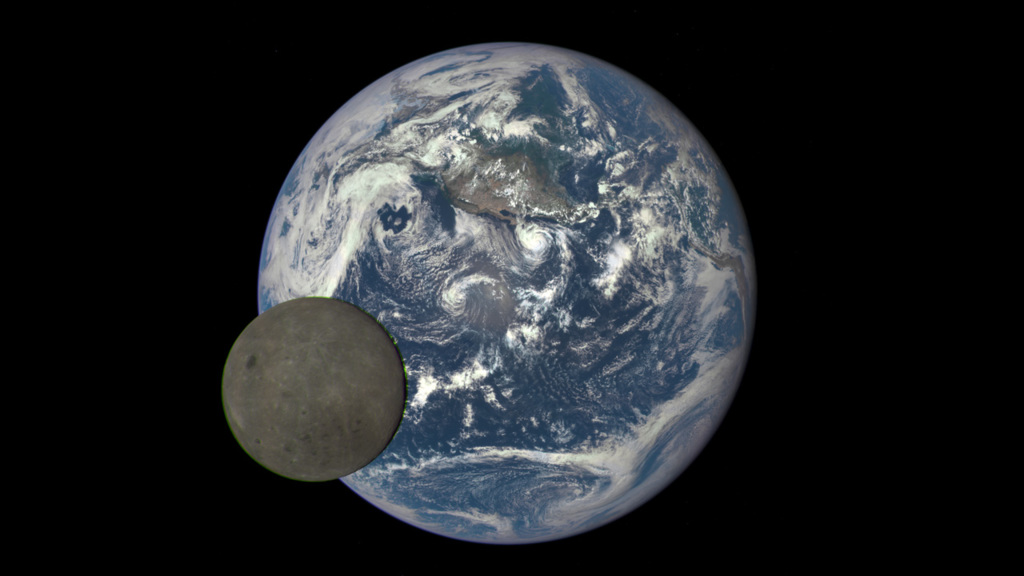 Download Options
DSCOVR captured the moon passing in front of Earth from its vantage point at Lagrange Point 1, a stable point between the sun and Earth. 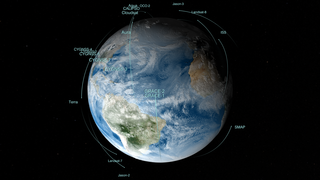 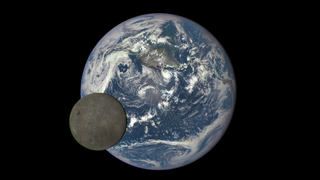 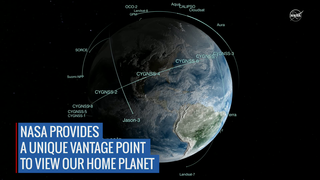 Illustration of CYGNNS courtesy of University of Michigan.