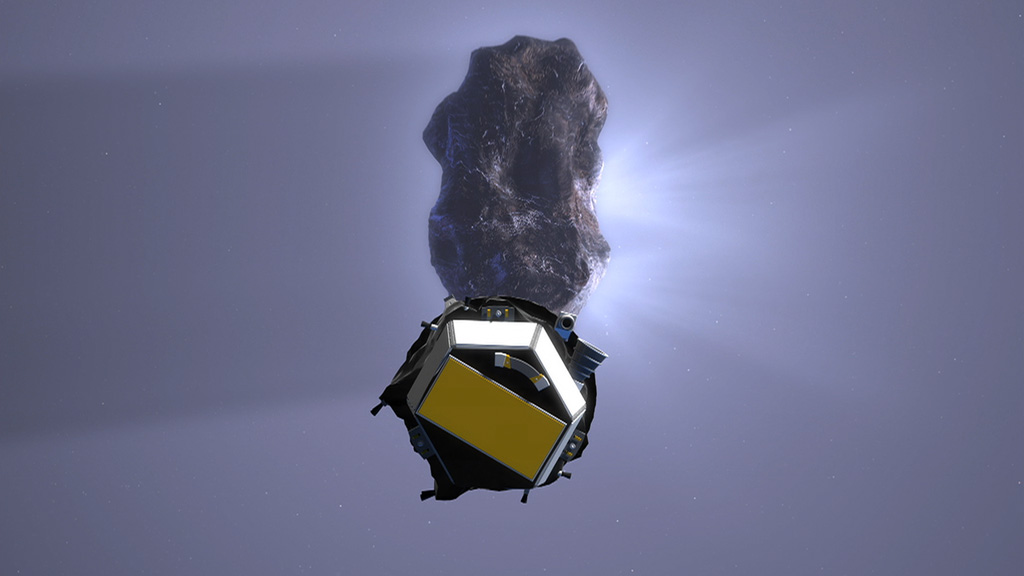 Download
Why did NASA send an 820-pound probe into the path of a comet?
Download
This video shows a conceptualized view of the event, beginning with the Deep Impact spacecraft releasing a probe into the path of comet Tempel 1.
Download
Cruise along with the probe until just before its moment of impact and see actual images of the collision taken by the spacecraft in this video. 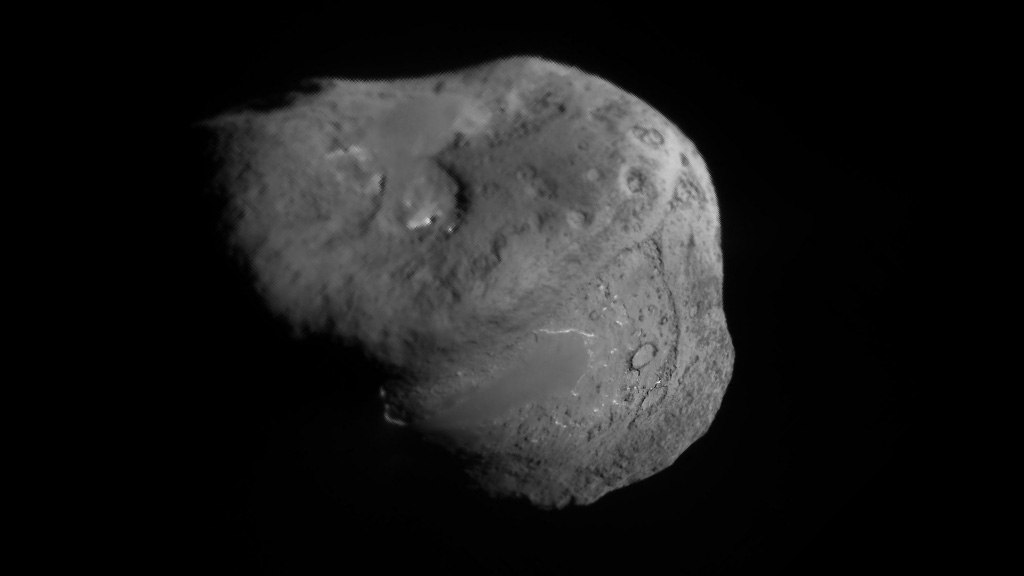 Download
Image of comet Tempel 1 taken by the Deep Impact spacecraft prior to impact. 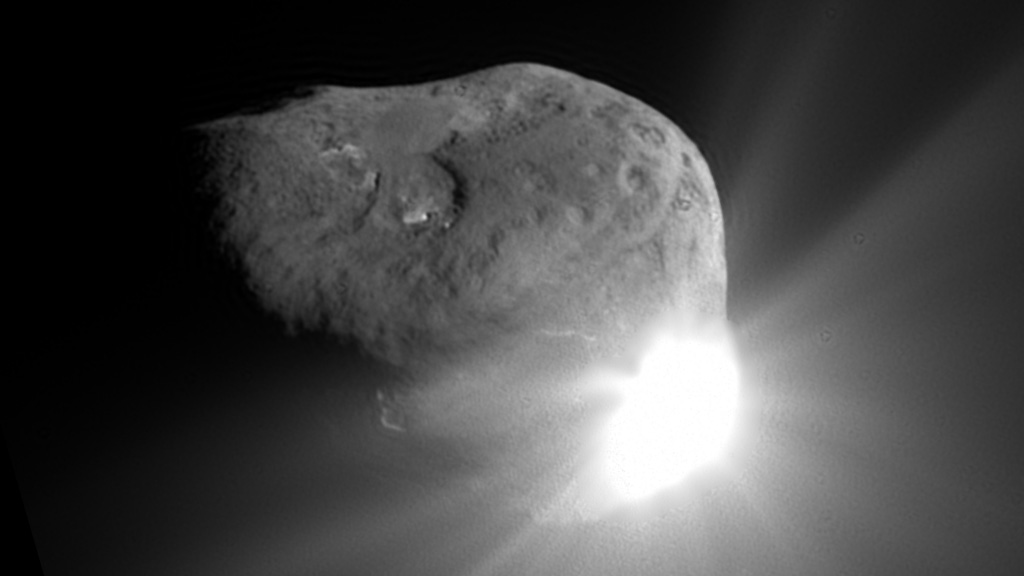 Download
Image of comet Tempel 1 taken after impact. The collision produced a bright flash of light and an expanding cloud of debris.